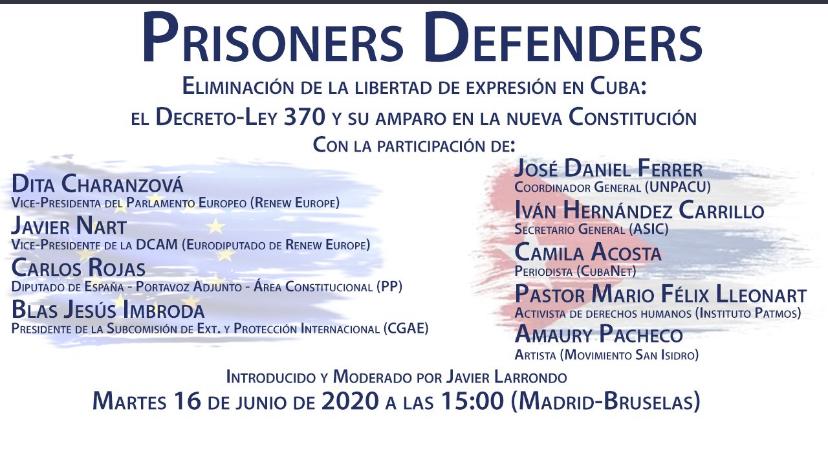 Since 2017, with an increase in the course of 2018, Cuban citizens with their passport in order, and with the necessary visa to travel to other countries, have been prevented from doing so. In some cases the prohibition is given in the Cuban airports, after flight expenses and other travel arrangements were made, and among other effects, there are no possibilities of reimbursement. On other occasions citizens are cited and coerced; in others, they are arrested, sometimes in police operations classified as kidnappings, to prevent them from arriving at the airport in time. And in some cases the possibility of obtaining a passport or obtaining the necessary extension for it is denied. In extreme cases some citizens are opened an investigative case that can lead to a judicial process whose consequences include the inability to travel, outside, and even within Cuba. In all cases, all these citizens are informed that they are in a category classified as “regulados”.

Some of the citizens included in the following list of people classified in the “regulados” category are activists of the Patmos Institute, the Cuban civil society organization that issues the list; as the case of our coordinator in the center of Cuba Leonardo Rodríguez Alonso, or are religious activists, or were prevented from traveling to events of religious connotation, such as workshops convened by Christian Solidarity Worldwide (CSW); but this list is not limited to this type of case; it is open in solidarity with any person, believer or non-believer, whose right to free movement is being violated in Cuba.

These violations constitute an evident and serious setback in relation to the Immigration Reform announced on January 14, 2013, as part of which the Exit Permit (popularly known as “Carta Blanca”) was repealed, which until then the immigration authorities had to grant to any Cuban citizen who wanted to leave the national territory, so having a valid passport, with the corresponding extensions and with the necessary visa to visit another country were not enough; and how it happens again now in practice, when it is true that it is no longer necessary to obtain an Exit Permit to leave Cuba; but it is equally possible to be included in the category of “regulados” citizens, as an evident political reprisal or discrimination for similar reasons.

Likewise, an immense list could be drawn up that would include hundreds of Cubans, who in the other direction, the entrance to their native country is also prohibited. This is another pending issue and would add so many Cubans for decades exiled in other countries, including politicians, but also artists, athletes and professionals, especially doctors, that the Cuban system classifies as “desertores”, for escaping and abandoning missions to those that have been officially sent and that in most cases, especially in relation to health personnel, would classify as modern “slave labor” because of the exploitation conditions to which such persons are subjected in order to obtain large sums of money or other benefits for the Cuban system, to the detriment of the lives and families of those involved.

At least for now, this partial list of the “regulados” that Friday July 13 was delivered at a meeting by representatives of the Patmos Institute with the US Department of State. In a first version that included 52 names to be used and exposed in their bilateral conversations with the official representatives of Cuba; since they refuse to listen directly to our concerns. This list has been updated, now including 64 names, and remains open, to receive new updates, which will also be sent to the instances submitted, including the State Department. Our purpose and hope is that this list of “regulados”, as well as the one that could be made of the so-called “desertores” and of other Cubans prevented from traveling to their country of origin; cease to exist as a sign that in Cuba the freedom to free movement is no longer violated. 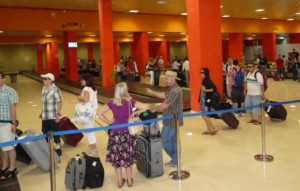